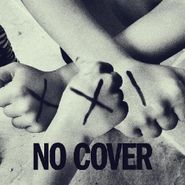 Carpark Records celebrates its 21st anniversary with No Cover, an enjoyable compilation featuring their artists covering songs by their labelmates. So you have Melkbelly's rockin' take on Dan Deacon's "The Crystal Cat"; Deacon's synth-driven version of the instrumental "Humbucker Blues" by Ed Schrader's Music Beat; Ed Schrader's Music Beat's gothy rendition of Dinky's "Berlin Nites," and so on. It's an eclectic mix of reimagined tracks that gives the label's talented roster of electronic and rock artists free reign to experiment with each other's music.