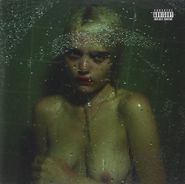 Even with all the talk of Sky Ferreira’s nip slip album cover, drug arrest and dating that dude from Diiv, her music is the most interesting thing about her. Night Time, My Time is as terrific a pop debut as you could ask for, touching on hipster references like Pulp (on Britpoppy opener “Boys”) and Suicide (on the throbbing “Omanko”) while still delivering big pop vocals, sort of like what a Kelly Clarkson album would sound like if she was really into My Bloody Valentine. There are a couple of bona fide modern pop classics here, as “24 Hours” actually feels like every great night you’ve had in your twenties, with an irresistible synth melody and wonderfully naïve lyrics, while “Nobody Asked Me (If I Was Okay)” is the best self-pity anthem this side of Morrissey, with Ferreira’s vocals coming through raspy and powerful. Ariel Rechtshaid and Justin Raisen’s masterful pop production occasionally threatens to outshine Ferreira herself, whose vocals are uniformly strong but whose personality can be faint, but Ferreira’s waiflike presence ultimately works in her favor, giving off the feeling of hearing the Sky Ferreira persona being born and realized as the record progresses—key for a pop debut like this. And it shouldn’t be minimized how important Ferreira’s debut could be for girls and boys who haven’t quite figured themselves out yet, who might see her open for Miley Cyrus (with whom she’s touring) and feel a kinship with the sullen-eyed pop star. You might not know exactly who Sky Ferreira is after listening to Night Time, My Time for the tenth time, but you’ll likely be endlessly hooked.