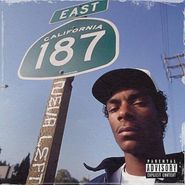 “Word on the street is, you ain’t what you used to be.” These are the words that open Snoop Dogg’s fifteenth studio album, Neva Left, before kicking into The Charmels’ “As Long As I’ve Got You” sample so famously used by Wu-Tang Clan on their immortal “C.R.E.A.M.” It’s a bold, brazen way to start the album, and it absolutely crushes. As Snoop lays claim to the title of “the Miles Davis of gangbangin’” he sounds positively invigorated; perhaps it’s that portrait of the artist as a young dog from 1992 that adorns the album cover, but the spirit of youth seems to be in his voice. Throughout these 16 tracks, Snoop refuses to take a back seat to the groove and raps like he’s still got something to prove. Production wise, the album is 21st century G-Funk, with soul samples, whiny synthesizers, and vocoders galore. It’s the sound long associated with the rapper, and the one that fits his unique, effortless flow most naturally. Apart from the K Camp-assisted “Trash Bags,” which dips its toe into trap music, the record remains true to its classic feel throughout. It’s almost surprising just how great Snoop sounds here, as hip-hop artists don’t usually release some of their best work well into the 3rd decade of their career. Yet this isn’t just a hobby for him, and Snoop Dogg lets you know that underneath the family man, TV personality, and outspoken marijuana enthusiast, he is still the same ferocious MC and undisputed king of style, and he can turn it on at any time. That part of him never left.