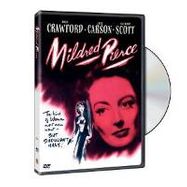 Joan Crawford grabbed at life the only way she knew how—by the balls, baby. She fled a hard scrabble childhood full of the horrors to become the reigning queen of Hollywood. She defied so many odds put in front of her and she almost always came out on top. Joan was many different versions of herself throughout her life: gold digger, jazz baby, Pepsi hawker, perennial MGM shop girl, terrible, terrible mother, the greatest star the world has ever known, poster woman for mental illnesses, bizarre recipe creator, transgender identity pioneer, role model to the uneducated, black market baby taker, dubious advice giver, enemy of slovenly hippies, the world’s most famous neat freak, world class fashion don’t… she did it all. Her crazy life was her greatest work of art.

When people talk about Joan’s essential artifice (and likewise the supposedly superior talents of her chief star rival, Bette Davis) I don’t understand why they mean it in a bad way. Her artifice was the whole picture and it was riveting. It gave her a unique kind of depth. It set her apart. She didn’t want to be liked; she demanded to be worshiped. Whether in a black market stag film early in her career (as was rumored) or any number of MGM prestige pictures or in her obsessive assembling of her bizarre family set up, Joan’s way of life was to attack. Her ambition was her identity. This can be either repulsive or, if she was in the right film, it can be put to very compelling use.

Mildred Pierce was the role Joan was born to play. She was no shop girl ing