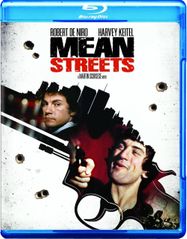 Mean Streets announced Martin Scorsese's arrival as a new filmmaking force - and marked his first historic teaming with Robert De Niro. It's a story Scorsese lived, a semiautobiographical tale of the first-generation sons and daughters of New York's Little Italy. Harvey Keitel plays Charlie, working his way up the ranks of a local mob. Amy Robinson is Teresa, the girlfriend his family deems unsuitable. And in the star making role that won Best Supporting Actor awards from the New York and National Society of Film Critics, De Niro is Johnny Boy, a small-time gambler in big-time debt to loan sharks.