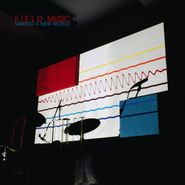 Field Music returns with the cerebral, affecting Making a New World. The title’s quite literal, actually — the songs were birthed as part of a project for the UK’s Imperial War Museum, based on a sort of graph used to chart the vibrations of gunfire on a front during World War I. The graphs shows the minutes leading up to the armistice and the minutes after: intense noise, followed by silence. The songs on Making a New World were written to find connections between that moment in time and the world we’ve been living in ever since and the listening experience is at once sweeping and deeply intimate. The songs feature post-punk rhythms and riffs, often infused with funk melodies and choruses. It’s an addictive, absorbing listen fans will return to again and again.