Purchase your copy of Ceremony (on CD or LP) in-store only at Amoeba Hollywood on 3/6 to attend this special signing event.

- Limit 2 copies per person for signing.

Lauded as an experimental and alternative band and one that’s never been married to a particular genre, Phantogram—comprised of lifelong friends Josh Carter and Sarah Barthel—have continued to change the zeitgeist for almost a decade by consistently challenging it with their signature blend of hard-hitting beats, guitar-driven dark psychedelia and electronic pop.

Ceremony marks a rebirth and embodies a dark, but hopeful, chapter for the band. The album is the first project they made entirely around Los Angeles. They spent a week at Rancho de la Luna studio while recording the bulk of the album at Sarah’s new home studio, dubbed “Harmonie West,” (previous albums were made at Harmony Lodge in Upstate New York). Ceremony features Phantogram’s recently released singles, “In A Spiral,” “Mister Impossible” and “Into Happiness,” as well as eight additional tracks—see the full tracklisting below.

Since the arrival of 2010’s debut release, Eyelid Movies, the duo has amassed nearly half-a-billion streams, achieved two Gold-Certified singles in the form of “Fall In Love” and “When I’m Small,” headlined sold out shows worldwide, become a festival staple and toured with artists including The xx, Muse, M83, Alt-J and more.

In 2016, the band reached a career high with the release of their most commercially successful album, Three. The album hit Top 10 on the Billboard Top 200 chart, Top 3 on Billboard’s Rock Albums chart, and Top 5 on Billboard’s Top Albums Sales chart.  The lead single, “You Don’t Get Me High Anymore,” also peaked at #6 on the alternative radio chart. Three was met with critical acclaim from Pitchfork, Billboard, The New York Times, Entertainment Weekly, People, Vogue, New York Magazine, The FADER, Stereogum, NYLON, PAPER Magazine and many others. With syncs in major campaigns such as “Into Happiness” in a spot for Apple TV+, “Same Old Blues” in ads for Peloton and Apple Watch, “You’re Mine” in Apple HomePod video and additional placement in multiple TV shows, the band’s reach had never been so wide. The success of the album took them to Madison Square Garden playing with Alt-J and around the world opening for Muse and on their own headline tours, building upon their already rampant fanbase.

In the midst of what was their most successful chapter – one that they had been building towards for nearly a decade, the pair were still reeling from the tragic passing of Barthel’s sister, Becky (also a close childhood friend of Josh Carter), due to suicide. Almost all of the songs on Three were inspired or changed in some way by Becky’s death. The band channeled their sadness, anger and vulnerability into it. The results were, on a professional level, the best the band had ever achieved. However, as Sarah describes it, “We spent 8 years on the road. All of my stuff had been in storage for years. I wanted to feel comfort and time to appreciate what was around me and a place I could call home. Life keeps going while you’re in your album cycle bubble. When it pops, you have to pick up the pieces. Once you stop, all of the distractions go away. You’re left with a lot of feelings, feelings that got trapped outside of the bubble. Those feelings are what came out on Ceremony.” 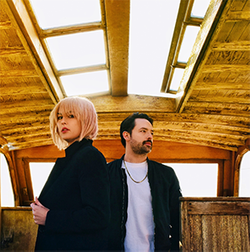 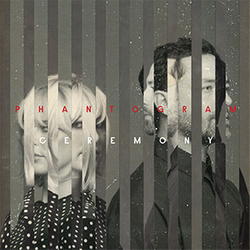