Amoeba SF is proud to welcome Soul legend Booker T. Jones for a reading, discussion, and signing of his new book Time is Tight and the companion album Note by Note. Purchase the book and/or album to get into the signing line after the reading and discussion. The first ten people to buy BOTH the album and the book at Amoeba SF on January 30th will receive a free t-shirt!


Time is Tight is the long-awaited memoir of Booker T. Jones, leader of the famed STAX Records house band, architect of the Memphis Soul sound, and one of the most legendary figures in music.

From Booker T. Jones's earliest years in segregated Memphis, music was the driving force in his life. While he worked paper routes and played gigs in local nightclubs to pay for lessons and support his family, Jones, on the side, was also recording sessions in what became the famous STAX Studios -- all while still in high school. Not long after, he would form the genre-defining group Booker T. and the MGs, whose recordings went on to sell millions of copies, win a place in Rolling Stone's list of top 500 songs of all time, and help forge collaborations with some of the era's most influential artists, including Otis Redding, Wilson Pickett, and Sam & Dave.

Nearly five decades later, Jones's influence continues to help define the music industry, but only now is he ready to tell his remarkable life story. Time is Tight is the deeply moving account of how Jones balanced the brutality of the segregationist South with the loving support of his family and community, all while transforming a burgeoning studio into a musical mecca.

Culminating with a definitive account into the inner workings of the STAX label, as well as a fascinating portrait of working with many of the era's most legendary performers -- Bob Dylan, Willie Nelson, and Tom Jones, among them -- this extraordinary memoir promises to become a landmark moment in the history of Southern Soul.

Note by Note is a companion album to Time is Tight. In an emotional musical journey, Booker T explores new takes on the songs that make up the fabric of his musical identity. STAX staples like "Cause I Love You" and "These Arms of Mine" are woven into defining musical moments from Booker's journey after STAX, when he produced and recorded with artists as diverse as Willie Nelson and Carlos Santana. Booker T & the M.G.'s fans will enjoy a new ending to the song "Time is Tight," a Romanesque coda that has been played live yet never recorded. The album culminates with new original music, highlighting the soaring guitar and vocals of Booker's son and collaborator Teddy Jones. Booker T is a 4-time GRAMMY Award winner (including the Lifetime Achievement Award), Rock and Roll Hall of Fame Inductee, and arguably the most famous Hammond B3 player in history. 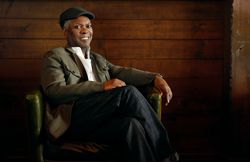 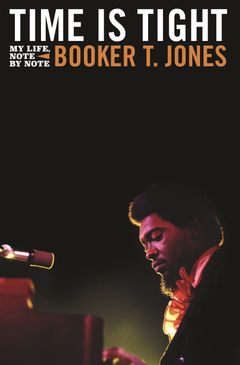