N.A.S.A. (North America/South America), and their worldwide debut The Spirit of Apollo, was released on Anti- Records in February of 2009. N.A.S.A. is an ongoing creative collaboration between two lifelong music aficionados, Squeak E. Clean (Sam Spiegel) and DJ Zegon, and their friends, friends of friends, and musical heroes.

The album reached the Billboard 200, received critical acclaim, and N.A.S.A. toured the world, including playing festivals like Coachella, Roskilde, and Summersonic. The album included features from David Byrne, Kanye West, Chuck D, Santigold, E-40, RZA, John Frusciante, Ol’ Dirty Bastard, Tom Waits, George Clinton, M.I.A., and many others. There was also collaborations for the multiple covers of the albums, as well as animated videos for every song with world renown artists including Shepard Fairey, Barry McGhee “Twist”, Marcel Dzama, Sage Vaughn, The Date Farmers, and more.

Sam and DJ Zegon’s passion and appreciation for music is the driving force behind The Spirit of Apollo. Conceived in a crowded party in Los Angeles and nurtured by a shared love of vintage Brazilian soul and funk records, N.A.S.A. was born when Spiegel and Gonzales got together in a studio and hit “record.”  Unexpected collaborations abound on The Spirit of Apollo. Tom Waits growls over Kool Keith, Karen O taunts while Ol’ Dirty Bastard gives shout-outs to Wu Tang and N.A.S.A from the grave, and David Byrne, Chuck D and others expound on the evils of “Money.”

In January 2020 N.A.S.A. will be releasing a limited edition box set to celebrate the 10-year anniversary of The Spirit of Apollo.

Designed by Julian Gross (Yeah Yeah Yeahs, etc.), the box set will include 4 vinyl discs (the original album with four unreleased tracks and remixes), a 24-page booklet (a re-imagining of the original CD booklet), a 48-page picture booklet of photos of N.A.S.A. throughout the making and touring of the album, and a private streaming link to the N.A.S.A. documentary.

There are shows around the anniversary release scheduled in Los Angeles, New York, and San Francisco 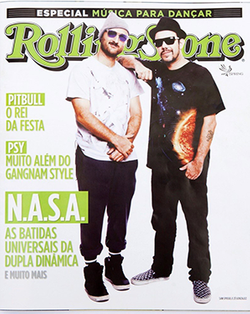 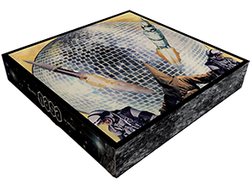