Raised in the early '90s midwest rave scene somewhere between Detroit and Chicago, KOSMIK is the head Rezident Spirit and founder of The Black Lodge, an underground event series/movement and record label based in LA which is focused on raw, experimental, and esoteric house and techno. 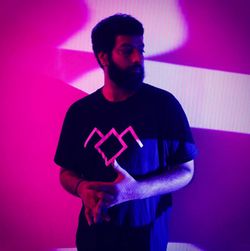