The always-fabulous Lynda Kay returns to Amoeba Hollywood to celebrate her new album, Black & Gold with a live performance and CD signing.

Purchase your copy of Black & Gold at Amoeba on November 7th to attend the signing after the show.

Gretsch singer-songwriter Lynda Kay was born and raised in Dallas, Texas.  She is known for her classic songwriting and diverse contralto voice and has been compared to such great talents as Patsy Cline, Karen Carpenter, Roy Orbison, and Dusty Springfield.  Lynda Kay’s new double album Black & Gold features 20 original and cover songs crossing such genres as early 60’s mid-century jazz and classic Bacharach pop to 70’s roots-rock and Memphis-soul and was produced by her husband Jonny Coffin (Coffin Case).  The first single of Black & Gold is a never before released song with the late great Lemmy Kilmister of Motörhead.  The duet titled "The Mask" is far from Kilmister’s well-regarded metal fare, and this poignant Willie Nelson-style ballad, paired with Lynda Kay’s harmonious, yearning voice, reveals a glimpse of his melancholy side, reminiscent of Rick Rubin American Recordings with Johnny Cash.

Songs from Black & Gold are featured in the Golden-Globe Award Winning Series Goliath Season 3 which premiered on October 4, 2019, and Lynda Kay Co-Stars as herself in five of the eight Episodes.  A bit of interesting history, Thornton and Kay recorded a duet together for her Dream My Darling album in 2009.  Prior to her casting in Goliath, Lynda Kay appeared as herself on FX’s Justified performing her song “Jack & Coke” and several of her original songs were licensed to the series and featured on the Official Justified Soundtrack for Sony Madison Gate Records.

Lynda Kay is a Hollywood darling who Variety calls a “compelling talent… goth-country siren, with her towering beehive and David Lynchian theatrics” and who Quincy Jones said “Never, ever stop singing and dancing girl, you got what it takes!” after he saw her perform at David Arquette’s Wedding.

"The Mask" by Lynda Kay & Lemmy 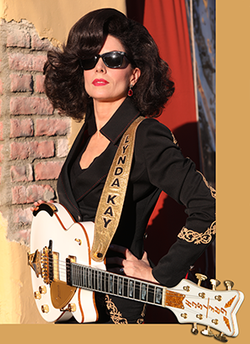 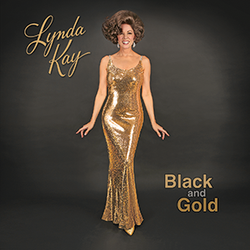