LA's Daniel T & DJ Duckcomb are both notable collectors of funk, soul, and disco from around the world. Dan is co-founder of Heat-Wave, one of LA's best weekly dance parties, and has released records on Cascine, Young Adults, and Razor-N-Tape. DJ Duckcomb has been featured in L.A. Record Magazine and has releases on Cultures of Soul, Emotional Rescue, and Universal Cave. Daniel T & Duckcomb have a new collaborative 12" record on Hollywood label, Pleasure of Love. 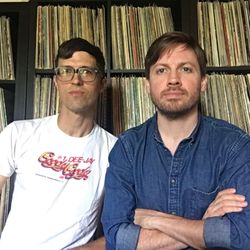