Dexter Story is an artistic spirit in the truest sense of the phrase. From his work as a multi-instrumentalist for acts like the Sa-Ra Creative Partners, to his management role with Snoop Dogg and his turn producing Daymé Arocena’s 2017 album Cubafonia, Story understands the business from every conceivable angle. But over the past four years, Story has experienced a rebirth, a realignment of focus towards his own musical vision and story.

Initially inspired by the music and cultures pervasive throughout the Horn of Africa, Story engaged himself in this world and found himself feeling at home. Upon his return to Los Angeles, he translated those experiences into Wondem, his second LP and first for Soundway Records, followed closely by the single Wejene Aola featuring jazz luminary Kamasi Washington. The album was produced by LA staple Carlos Niño, who also produces Story’s forthcoming follow-up, the mesmerizing and awe-inspiring Bahir. If Wondem was a brief glance into Story’s new creative vision, Bahir is a pinpoint refinement of that purpose, the fine-tuning and expanding of the world he created on his Soundway debut.

Wondem was a staggering portrait of Story’s influence, but on Bahir, he steps in front of those influences and melds his world into the one he fell in love with so strongly while in Africa. “Bahir is really a snapshot of the last few years of my immersive study of the Horn of Africa. Bahir was me trying to walk the walk, too, not just borrow. I was trying in some way to contribute and embrace,” he explains.

One way in which he’s done so is by incorporating musicians from both sides of this coin. LA luminaries are featured throughout, as are African contemporaries he encountered throughout his travels. Sudan Archives gives a show-stealing vocal performance on “Gold”, while the Ethiopian producer Endeguena Mulu adds impenetrable and psychedelic texture to the album’s title track. This embrace of both cultures is due in part to Story’s feeling a part of each. On the one hand, his time in Africa found him clinging to a world he became instantly enamored by, where people looked like him and allowed him to feel like a local, especially in the face of America’s descent into racial chaos. “There is something about Ethiopia that’s very comforting for me. When I’m there, I do somewhat disappear and become a human. In a place where everyone looks like you, there is a particular experience. The state of our country is a little bit difficult at this time. I think it’s everyone’s God-given right to have some peace of mind at the very least,” he explains.

So Bahir finds the polymath musician not stuck between two worlds, but as a member of both. We get Ethiopian jazz tonalities, Tuareg grooves, ekista dance rhythms, Afro-funk, Somalian soul and forays into more contemporary jazz rhythms, too. Angelenos like Miguel Atwood-Ferguson and Josef Leimberg give the record its backbone, while African artists like the Ethiopian singer Hamelmal Abate give Bahir its glimmer and shine. At the center of it all is Dexter Story, both exhilarated by and in control of this impressive group he’s assembled to produce his vision. “I feel so lucky to be a part of this right now. I’ve been talking to all of these collaborators about their processes and we’re all experiencing some new and exciting things together,” Story explains with wonder and confidence, both beaming and unsurprised that it’s finally his turn. He then pauses, before adding, “We’re all growing together.” Bahir is that growth captured to tape, unfiltered and wholly pure. 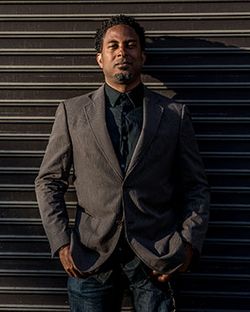 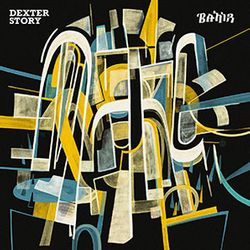