Come place your bids on:

•  Tickets to see Hamilton at the Pantages Theatre

Plus rare and collectible items on the block:

Tawny Newsome is a Second City alum, actor (Bajillion Dollar Propertie$' "Chelsea Leight-Leigh") and guitarist and singer. She was a touring member of Second City before joining the MainStage cast, released a solo album in 2012 and Rolling Stone also forecast Tawny as one to join SNL's new cast. She moved from Chicago to LA about a year and a half ago where she's kept very busy.

This October, Tawny is releasing her 4th album with John Langford (Mekons, Waco Bros) which they recorded at the legendary Muscle Shoals studio with original MS session players. They recorded the new album three days after last year's election with Tawny, John and their two bandmates flying to the town of 400 to record. Four Lost Souls will be out in October on Bloodshot records and the band will be on a US tour that month.

A sneak peek at some of the goodies we'll be auctioning off on Aug 5th: 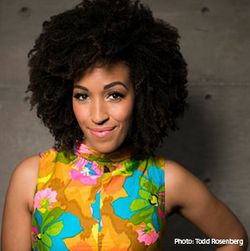