Director Nicolas Winding Refn and composer Cliff Martinez visit Amoeba, Hollywood to sign copies of The Neon Demon soundtrack. Purchase your copy on gorgeous double-vinyl or CD in-store at Amoeba on 6/30 to attend this event.

- Signing is limited to The Neon Demon soundtrack ONLY (limit 2 per person).

- Signing time for Nicolas and Cliff is limited – we will be able to accommodate 150 fans for this event.

A provocative horror-thriller that follows Jesse (Elle Fanning), a starry-eyed sixteen-year-old who comes to Los Angeles with dreams of becoming a runway model. Lying about her age in order to score gigs, she struggles to claw her way up the ladder of Hollywood’s cutthroat modeling industry. Her career takes a turn when she befriends snarky makeup artist Ruby (Jena Malone), who plugs her into the city’s nightclub scene, introducing her to Gigi and Sarah, two model friends in their early twenties who are already becoming yesterday’s news. But as Jesse’s star rises, her virgin innocence attracts jealous eyes, making her vulnerable to violence... 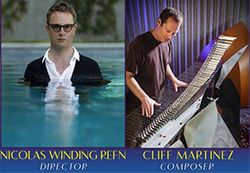 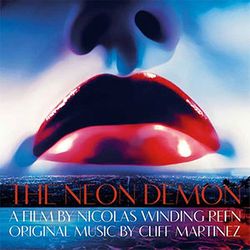