Deftones celebrate the release of their new album, Gore (out April 8th on Reprise), with a live set at Amoeba Hollywood. See them live @ the Greek Theater on 8/24.

Purchase Gore in-store at Amoeba Hollywood beginning Friday, April 8th to receive GUARANTEED ADMISSION to this special in-store performance AND a limited-edition "Deftones - Live at Amoeba" poster made for this event:

- Guaranteed admission passes and posters are limited to 4 per person. In-store purchases only – no phone/online purchases for in-store attendance.

- Posters will be given out with pre-purchase.

- Guaranteed admission line for the show form at 4pm on Ivar. Standby line forms on Sunset Blvd. at 4pm.

The show is free and open to the public but only fans who pre-purchase the album will receive priority / guaranteed admission + limited-edition poster.

Since Deftones’ inception, the multiplatinum, Grammy-Winning alternative rock band from Sacramento, CA have quietly been pursuing two paths, delivering songs defined by churning, double-fisted aggression while also testing the boundaries of music by incorporating elements of psychedelia and shoegaze.

The Los Angeles Times wrote of Deftones, “Hard rock thrives on conflict and chaos, and no band has found more beauty and soaring aggression within those ingredients than Deftones.” Deftones have released seven albums to date and have sold over 10 million albums worldwide. 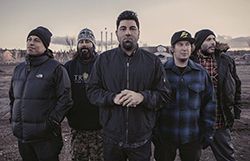 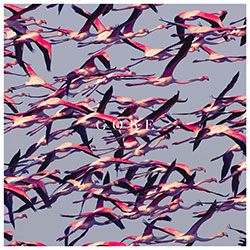