Club Vinyl at Amoeba - from 4-7pm will feature live on-site vinyl pressing (special Red Bull Sound Select artist collaborations), a 1/2 off sale on vinyl releases* from artists headlining at the 30 Days in LA series and this headline performance by Andra Day at 6pm. Register with RBSS.com to attend this and other events in November (no registration required for Amoeba event, but there may be special treats if you do...).

On her album, Cheers To The Fall, Andra Day bares her soul over swinging vintage neo-soul on this dynamite debut, carrying the torch from the late Amy Winehouse. Purchase your copy at Amoeba to get it signed after her performance and catch her live at The Masonic Lodge at Hollywood Forever on November 14th!

*Limited to most recent artist release featured. Two items per person for this special discount.

Retro-soul singer and songwriter Andra Day was performing at a store opening when she caught the attention of Kai Millard Morris, Stevie Wonder's second wife. Through Morris, then Stevie, the San Diego native met studio lifer Adrian Gurvitz, whose varied career as a side musician, leader, songwriter, and producer dates back to the late '60s. Day signed on with Gurvitz's Buskin label, which led to a deal with Warner Bros. and sessions that involved R&B giant Raphael Saadiq and Fitz & the Tantrums collaborator Chris Seefried, among others. Day's approach is similar to those of fellow "old souls" like Amy Winehouse, Alice Smith, and Nikki Jean, though it is ultimately as distinctive as any of the three. On her traditionally styled debut, Cheers to the Fall — for which she co-wrote every song — she retraces the steps of a broken relationship in relation to learning from faults and moving on. The prevalence of ballads among the 13 songs can be fatiguing, but almost every selection has a distinguishing detail or two, whether it's a sly nod to a classic hip-hop artist, an unexpected place Day takes her dynamic voice, or some clever expression of heartache. Some verses are brilliantly written and elegantly phrased, such as the third one of "Gold": "I see the reel, now it's real to me/I gave up gold for grains of sand slipping through my hand." Saadiq isn't the only big name who is involved. The Gurvitz and James Poyser production "Only Love," which has all the cinematic tension and release necessary for a James Bond theme, was made with an all-star cast that includes drummer Questlove, bassist Pino Palladino, and a load of Dap-Kings. For all the finely crafted ballads that recall mid- to late-'60s soul, it's "Mistakes" that stands out most. It's a midtempo mover that has hints of the early-'70s proto-disco variants that came from labels like Philadelphia International and Motown, coated in a little Southern grit. 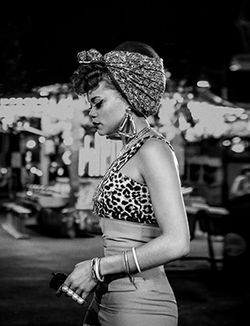 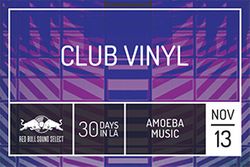