LA “brat-pop” duo Liz Nistico and Louie Diller celebrate their new album, The Shape Of Brat Pop To Come (Glassnote Ent.), with a live set and signing! Purchase your copy of at Amoeba Hollywood starting June 2nd to get yours signed after their in-store.

Performing at The Troubadour June 10th.

HOLYCHILD is comprised of Liz Nistico and Louie Diller. They met in college in 2011, have been writing music ever since and call their genre, brat pop.

"Brat pop is one-half rebellion and one-half entertainment,” Diller says. “We’re not in it to spoon-feed people, but we are in it to entertain, put on a show, make people happy and make them move.”

On their debut album The Shape Of Brat Pop to Come, HOLYCHILD takes on nothing less than the idea of power dynamics and inequality—be it racial, social status, or gender-motivated. The beats are wild (thanks in no small part to Diller’s stint in Cuba studying Afro-Cuban drumming), and the tongues are placed firmly in cheek.

“On one hand we use sex to sell things,” she muses. “We’re drawing people in by being like, “Look! Sex sex sex!’ And then raising the thought of, ‘Sex sells! Why do you buy into that?’ That concept is really fascinating to me. It’s definitely hypocritical, but at the same time I feel like we’re all hypocrites.”

Nistico assures that while their message is clear, it’s not definitive. After all, we’re all humans, right? At the end of the day HOLYCHILD is about posing questions - not providing answers. 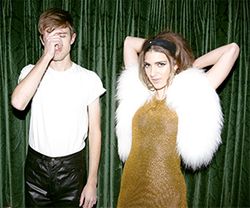 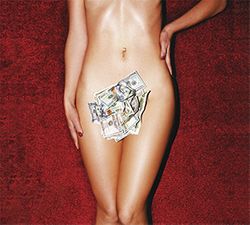