The amazing performance artist, comedian, writer, TV actor, cultural commentator and rapper,  Kristina Wong will be auctioning off a bounty of awesome items - with all proceeds from the auction going to Tipitina's Foundation and the New Orleans Musicians' Clinic to support the great works they do with artists in and around New Orleans.  Kristina is one of Salon.com and Alternet’s “10 Best Moments in Political Comedy.“

Join us to bid on:


** Plus, collectibles, event tickets, and much more... stay tuned for updates!

Kristina Wong is a solo performer, writer and cultural commentator named “One of the Seven Funniest Eco-Comedians” by Mother Nature Network. She’s created five solo shows and one ensemble play that have toured throughout the United States and UK.  Her most notable touring show– “Wong Flew Over the Cuckoo’s Nest” looked at the high rates of depression and suicide among Asian American women and toured to over 40 venues since 2006. It’s now a broadcast quality film distributed by documentary juggernaut, Cinema Libre Studios. (More at www.flyingwong.com).  She’s been a commentator for American Public Media’s Marketplace, PBS, Jezebel, xoJane, Playgirl Magazine, Huffington Post and a guest on FXX’s “Totally Biased with W. Kamau Bell,” Al Jazeera’s “The Stream” and AM Tonight on Fusion TV.  Her work has been awarded with grants from Creative Capital, The Map Fund, Center for Cultural Innovation, the Durfee Foundation, National Performance Network, five Artist-in-Residence grants from the Los Angeles Department of Cultural Affairs, and a residency from the MacDowell Colony.  Kristina has been invited twice to give the graduation speech at UCLA.  As an actor she’s been on General Hospital, Nickelodeon’s “Nicky Ricky Dicky and Dawn,” and Myx TV’s “I’m Asian American and Want Reparations for Yellow Fever.” Her new stage  show “The Wong Street Journal” navigates privilege and economic disparity and premieres in June 2015.  She spent a month in Northern Uganda researching that show and recording “Mzungu Price” a rap album with local rappers. Kristina’s mail order bride website is www.bigbadchinesemama.com.

Amoeba matches all winning bids to double the money we raise for a diverse range of local and national charities. What started out as a way to raise funds for the post-hurricane Katrina recovery has continued on to become an every-other monthly event & we've raised over $450,000 for charities from Doctors Without Borders to 826LA and the Silverlake Conservatory to Preservation Hall and The Beagle Freedom Project. For more information on the auctions, click here.

Marilyn Manson The Pale Emperor prize pack, including vinyl and CD copies of the new album. 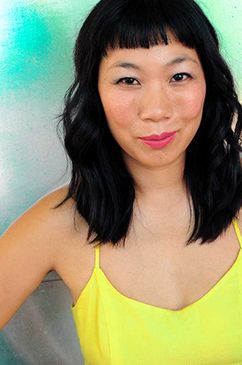 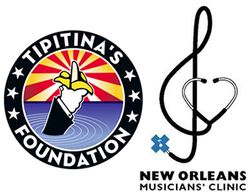