The first 100 people to purchase Girls in Peacetime Want to Dance at Amoeba, Hollywood on Tuesday, 1/20 can get their album signed by the band!

- Limited to copies of the new album on CD/LP only.

- No additional items or photos with band will be allowed due to limited time.

- No phone or online orders for this special event - in-store purchases only.

Girls In Peacetime Want To Dance is the long-awaited follow-up to 2010’s Write About Love. Produced and mixed at Maze Studios in Atlanta by Ben H. Allen III, best known for his work with Gnarls Barkley, Animal Collective, and Raury, among others, the band – who have been listening to things like vintage Detroit techno and Giorgio Moroder – have brought a dance-party element (and a disco song about Sylvia Plath) into their gorgeous tales of sensitive souls navigating a world gone awry. It is perhaps the most inspired and wide-reaching album Belle and Sebastian have ever made. 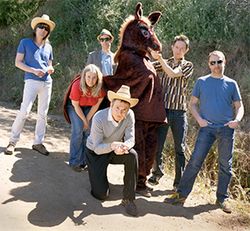 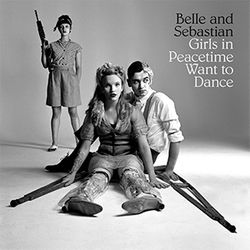