Welsh singer/songwriter and recent Los Angeles transplant Cate Le Bon performs a live set and signs copies of her latest album. Mug Museum (available on CD, LP & Download) is perhaps her most beguiling and complete song cycle to date and is out now on Wichita Recordings.

Having finished live commitments for CYRK towards the end of 2012, Le Bon returned to Wales to write the songs that would become Mug Museum.The album is informed by a period of taking stock after a bereavement. “Following the death of my maternal Grandmother I felt a very palpable shift in the roles that we’d all become accustomed to within the female line of the family which, for the first time, had me mulling over the importance of my place and purpose within this female chain” says Le Bon “The album’s theme emerged from and circulates around these maternal familial relationships and this period of a calm, lengthy, intent consideration in turn drew other relationships into the Mug Museum”.

With Le Bon subsequently relocating to California, Mug Museum was recorded at the recently opened Seahorse Sound studios, Los Angeles. Produced by Noah Georgeson (who is perhaps best known for his work with Joanna Newsom and Devendra Banhart) and Josiah Steinbrick, Mug Museum is an album that lets in the sunlight and space and relocates the West Wales lilt in Le Bon’s voice to an equally apposite West Coast setting.

In the studio Le Bon assembled a band of friends from both continents such as multi-instrumentalists Sweet Baboo and H. Hawkline and Nick Murray from White Fence. As well as describing the personnel involved in Mug Museum, ‘Welsh – Californian’ is a phrase that captures the album’s sound: melodic, confident and wrapped in a hazy psychedelic gauze.”I wrote the majority of the record in the home country but a few songs were finished out here in the run up to recording” says Le Bon “I’m sure Los Angeles has bled into the recordings somehow but exactly how I do not know”.

Throughout Mug Museum Le Bon’s voice changes register to both dramatic and emotional effect. This is beautifully exemplified on ‘I Think I Knew’, a duet with Perfume Genius, one of the album’s most atmospheric tracks and one on which two distinctive personalities combine to produce a performance of rare alchemy. From the bewitching circular riff of the album’s opener ‘I Can’t Help You’ to the closing title track that sees Le Bon accompanied by piano and the occasional burst of double-tacked clarinet, Mug Museum’s reflective song-writing weaves around a richly detailed framework. Like all museums it is a contemplative space, a personal world that is open to everyone. As these ten songs attest Mug Museum is also a unique and dreamlike edifice, created by an artist at the height of her powers. 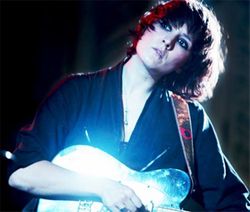 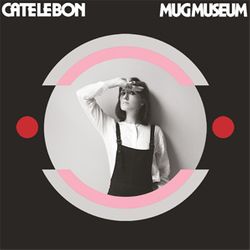