Pianist Kris Bowers is one of the newest and brightest lights on the jazz landscape and his Concord Jazz debut, Heroes + Misfits (out March 4th) is an ambitious debut album that position Bowers at the forefront of a talented sextet and showcases a musical and compositional style that – while clearly rooted in the jazz tradition – is also reflective of an eclectic musical age.

Schooled in jazz and classical music, raised amid the rap and hip-hop of the 1990s, inspired by the cinematic power of the great film composers of recent decades, Bowers’ sound – though rooted in traditional styles – is open to numerous external influences that keep the music fresh and vibrant for a new century. This rich and eclectic sensibility is evident from the very first notes of Heroes + Misfits, his debut recording on Concord Jazz.

Bowers musical sensibilities were taking shape before he even saw the light of day. The story has it that his parents positioned headphones on his mother’s belly and piped soft jazz directly into his evolving consciousness in the months before he was born. And it was just the beginning.

Born in 1989 in Los Angeles, Bowers was raised by parents whose tastes ran to Stevie Wonder, Earth, Wind and Fire, Tower of Power, Marvin Gaye and other purveyors of old-school R&B and funk. He was learning the rudiments of piano via the Suzuki method by the time he was four, and taking private lessons at age nine. By the time he reached middle school, he had developed his ear to the point where he could learn the pop music of the day just by turning on a radio, picking up melodies and harmonies, and developing improvisational lines.

Despite his parents’ retro sensibilities, Bowers’ tastes leaned more toward the rap and hip-hop of the 1990s. In addition, he was drawn to the music of Howard Shore, Michael Giacchino, John Williams, Danny Elfman, John Powell and other high-profile film composers. Inspired by the diversity of music in the world around him and frustrated by the restrictions of his classical training, he threatened to give up the piano, so his parents countered by enrolling him in jazz lessons.

“When I started taking the jazz lessons, I felt like I was doing something different enough that I was appeased for a while,” says Bowers. “I liked the freedom of jazz. The truth is, a lot of popular music – including the music I was listening to as a teenager – came from jazz and the blues.”

High school was a dual musical track for Bowers, who attended the Los Angeles County High School for the Arts while also taking classical and jazz classes at the Colburn School for Performing Arts. Guided by some of the older students at Colburn, he discovered the solo recordings of Oscar Peterson, while at the same time performing at numerous jazz festivals as part of his LACHSA curriculum.

“We did a lot of festivals in high school, and a lot of touring, in places like Boston, Minnesota and upstate California,” says Bowers. “I had been gigging around since middle school, so by high school I had a clear sense that music in general – and jazz in particular – was the career track I wanted to be on.”

After high school, Bowers began his undergraduate studies at Juilliard in 2006. Once he arrived in New York, he realized he could earn a living as a jazz musician while attending school at the same time. He studied privately with Eric Reed, Fred Hersch, Frank Kimbrough and Kenny Barron.

“I think my high school experience helped prepare me for all that,” he says. “It wasn’t as overwhelming as it might have been otherwise. It wasn’t some crazy leap forward from what I was already used to.”

Bowers finished his undergraduate degree at Juilliard and stayed on to earn a master’s degree in jazz performance with a concentration in film composition. In September 2011, he won the coveted Thelonious Monk International Jazz Piano Competition at the Kennedy Center in Washington, DC. Co-chairs of the program included Madeleine Albright, Quincy Jones, Debra Lee and Colin Powell, and the competition was judged by Herbie Hancock, Ellis Marsalis, Jason Moran, Danilo Perez and Renee Rosnes.

A year later, he was hand selected to perform at the 2012 NEA Jazz Masters Awards Ceremony at Lincoln Center. His performance included guesting on a rendition of Frank Wess’s “Magic” with jazz masters Benny Golson, Wynton Marsalis, Wess, and the Jazz at Lincoln Center Orchestra.

Although considered primarily a jazz artist, Bowers has never been afraid to step outside of the genre’s traditional boundaries and dabble in other forms of music. He performed on Watch the Throne, the 2011 collaborative album by hip-hop artists Jay-Z and Kanye West. In addition, he recently composed the score for Seeds of Time, a 2013 documentary by Sandy McCloud about the preservation of naturally occurring seed in an era of genetic engineering in agriculture. Bowers has toured with Jose James, worked with Marcus Miller and Aretha Franklin.  Bowers was a featured artist with NEXT Collective’s “Cover Art,” released February 2013 via Concord Jazz.

“It’s important to me that this record touches people in some way,” says Bowers. “I want people to have some kind of immediate response to it – whether it makes them feel good, or makes them feel sad, or just makes them think about things. I want this music to help people – especially people of my generation – realize the potential and the power that is inside of them. I want it to be an optimistic look at their unlimited possibilities.” 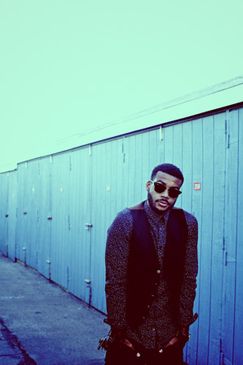 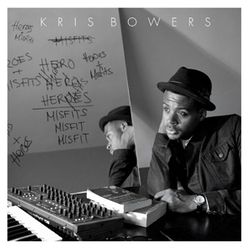