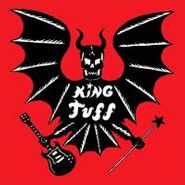 King Tuff’s self-titled album is a real riot, from its opening track “Anthem,” which delivers perfectly delivered riffery the likes of which is pretty rare these days. Along with like-minded peers Ty Segall and the late Jay Reatard, King Tuff write songs first and foremost, and the ground covered here becomes more apparent upon repeat listens, which isn’t hard to do with an album that’s this much fun to listen to. “Alone & Stoned” has terrific ascendant vocal lines and a cool ’80s vibe under its garage veneer. “Unusual World” is a touching garage ballad that doesn’t shy away from varying its instrumentation, with synths and vibes adding nice touches to Tuff’s Marc Bolan-esque delivery. King Tuff delivers catchy garage pop tunes while refusing to adhere to one tempo and one sound like so many albums of a similar ilk.