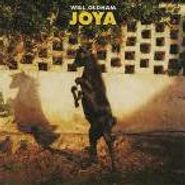 Although Joya is the first release to be filed under Will Oldham’s given name, as opposed to one of the Palace moniker variations, there is no real stylistic shift in the music. Not that that’s a bad thing. What’s found on Joya is a typically peerless set of lightly skewed country folk and rock songs. Although slightly divisive in the sincerity category for some critics, Oldham is certainly his generation’s most clever and most poetic songwriter. His wordsmith skills are often darkly funny and jawdroppingly profound. And while Joya isn’t exactly flush with those moments, not in relation to Palace Brothers or the later I See A Darkness under Oldham’s Bonnie ‘Prince’ Billy alias, the record does have its gems. Tracks like “O Let It Be” and “The Gator” shine with a loose good-times vibe that seems to permeate the whole of Joya. It’s beer drinking summer porch music. Maybe not Oldham’s most serious record, but who wants that all the time anyway?