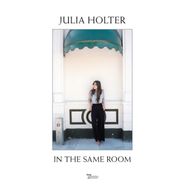 Julia Holter’s latest, In the Same Room, is a live album named after a track from her 2012 release Ekstasis (although the song doesn’t appear on this new LP). Recorded over two days at London’s RAK Studios, the LP spans Holter’s career and breathes fresh life into some old favorites. “Horns Surrounding Me” sounds more lovely and compelling than ever. High drama rises and flourishes on “Silhouette.” “Feel You” is insistent and intriguing. These reimaginings of Holter’s oeuvre aren’t just by-the-numbers retreads; they’re alive and insistent, unfurling in new ways that fans will appreciate.