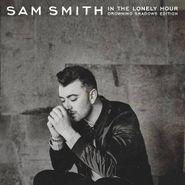 As a gift to his fans (and for a perfect introduction to the uninitiated), Sam Smith has re-released his smash debut album with a second disc of tracks attached. New single “Drowning Shadows” is as strong as anything on the original album, a spare, soulful piano ballad that shows how Smith’s earthy voice can power through the bleakness of his lyrics.  The smoky “Nirvana” is an early highlight from his debut EP of the same name. He throws in a couple of covers—Whitney Houston’s “How Will I Know” crushes in particular—plus his second hit with Disclosure, “Omen,” and duets with Mary J. Blige, A$AP Rocky and John Legend for an addendum that really delivers. Plus, if you don’t have In the Lonely Hour already, it’s one of the best pop-soul records of the past few years.