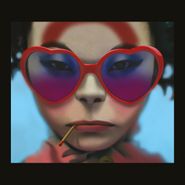 Gorillaz teamed up with some serious star power on Humanz and the result is hit after hit after hit. Somehow, despite the distinctive voices of each of the performers —from legends like Mavis Staples to buzzworthy newcomers like Vince Staples — each track still manages to have that special Gorillaz sound, just accentuated and given a novel approach by each of the guest vocalists. Honestly, it’s hard to select just a few standout tracks on an album that’s so strong overall, but “Submission” (feat. Danny Brown and Kelela), “Carnival,” (feat. Anthony Hamilton), “Busted and Blue, and “We Got the Power” (feat. Savages’ Jehnny Beth) will definitely have you pressing rewind. Humanz seems destined to be, for many fans, the soundtrack to the summer.