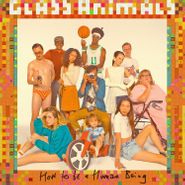 When Glass Animals released their first album in 2014, it was a breath of fresh air. It was an eclectic album that drew equally from Nonesuch recordings of African drums, '80s synth rock, and nouveau pop. But How To Be A Human Being ups the ante and the result is the unequivocal most fun album of the summer. It's a fully formed circus act that mixes the bleeps 'n' bloops of the NES, ancient ethnographic recordings, disco deep cuts, and powerful vocals to create a wondrous sound that makes you want to do one thing: dance. When Jon Hassell created the "4th world" sound of electronics mixed with folk rhythms around the world, he never would've predicted it becoming this. "Life Itself" hits you like a splash of cold water with an opening that sounds right out of an Alice Coltrane song before exploding in a drum pattern that's as far from the band's native Oxford as it gets. Polyrhythmic drums bubble inside your ear into a frenzy of crazy sounds colliding at a 100mph. It's loud, experimental, and insanely goofy. "Youth" feels prepped to be an anthem for twenty-somethings who have enough problems and find cathartic experiences in music. Joy just flows out of the synths and layers of endless vocals and it feels like a celebration of being young and innocent. When music starts to sound too cynical and dark, and the world around you is increasingly chaotic, the positivity that radiates from How To Be A Human Being is simply refreshing.