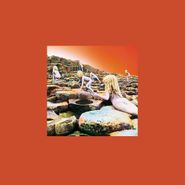 As amazing as they were, tasteful isn’t a descriptor you usually a tribute to Led Zeppelin. But that’s exactly what they were on their fifth album, Houses of the Holy. Beginning with the cascading riffs and bullet-train beat of “The Song Remains the Same” and rolling into the epic acoustic beauty of “The Rain Song,” Houses of the Holy’s majesty would make an impact on later generations that can’t be underestimated. You can hear it quite obviously in the way “Over the Hills and Far Away” would later influence grunge bands like Jane’s Addiction and Smashing Pumpkins, just to name a few. It’s also one of their most varied albums. Without a song like “Stairway to Heaven” to build up to, the band roams freely, entering nasty funk on “The Crudge,” which nicely leads into “Dancing Days,” in which they’d first explore the Eastern tonalities they go on to perfect on “Kashmir,” and “D’yer Mak’er’s” Reggae-inspired pulse and sensuality. Robert Plant's vocals on “No Quarter” are absolutely hunting on an album where he stepped back a bit from previous releases, and John Bonham’s muscular drumming is subtler as well, though his hits are still earthshaking. But this is really Jimmy Page’s album to shine, his inventive playing on “The Song Remains the Same,” “Dancing Days” and “Ocean” particularly influencing future players. If Houses of the Holy is not as legendary as its predecessor, Led Zeppelin IV, time has shown it’s nearly as strong and an absolutely essential rock album. On this reissue, check out a bevy of alternate mixes where the densely layered album comes apart a bit so you can hear what makes it tick.