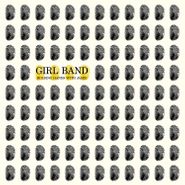 Girl Band are not this generation’s version of the Spice Girls. They’re a band of four miscreants from Dublin, all boys, who off-kilter post-punk that sticks with you like a chip in your gums. Though there’s little in the way of concession in the band’s lacerating noise-rock, it’s far from formless; the vocal tics and clockwork beats of a track like “In Plastic” are hypnotic, even catchy among the groaning guitars and sputtering electronics. Fans of bands like The Fall, Gang of Four and Nick Cave, take note — as much as Girl Band don’t try to be liked, you’ll fall hard anyway.