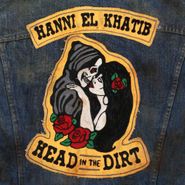 Hanni El Khatib makes garage rock worth getting excited about on his second album, Head in the Dirt. Thanks to economical songwriting and deft production from The Black Keys’ Dan Auerbach, Head in the Dirt doesn’t overreach nor does it fail to deliver the goods, 11 quick and dirty garage pop songs with only the necessary flourishes, like the surging electronics that deceptively open the album on the title track, which quickly moves into a blues romp. Single “Family” takes Sister Sledge’s lyrical concept and applies it to punk-fueled hard rock that should please any Black Keys or White Stripes fan. El Khatib’s songs possess a certain machismo, singing he’ll pray for a “Skinny Little Girl” or painting himself as an outlaw in reggae-rocker “Nobody Move,” but he also gets tender for a girl in “Penny,” an irresistible bubblegum ditty that nicely breaks up the broin’ down. The album ain’t exactly loaded with poetry, but El Khatib is often at his best being off-handed about the songs, as straight-ahead rockers like “Pay No Mind” and “Sinking in the Sand” will attest. Sometimes you just need to get your rocks off, and Head in the Dirt makes that remarkably easy.