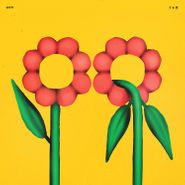 Young Guv is the solo project of longtime Fucked Up guitarist Ben Cook. With an oddball name (suggesting, at first glance, cockney-inflected hip-hop?) as well as releasing very winking, tongue-in cheek promo materials such as Oasis-aping, Britpop-styled press photos, it’s hard to get a bead on just what Young Guv is all about without actually sitting down and listening to the music. In an era of obvious branding and aesthetics-over-everything approach, this type of sarcasm and deliberate misdirection is exceedingly rare. If it doesn’t immediately scare you off, then prepare to be rewarded with some of the best homemade pop music of the year.

In the vein of White Fence’s 2012 Family Perfume series (or if you want to go the classic route, GnR’s Use Your Illusion), Guv I & II is essentially a double album released in two separate halves, and now rightfully repackaged as one. Cook draws from a cornucopia of various sounds and genres in crafting these 17 songs, but as a lifelong guitarist it’s clear that Cook's most obvious wheelhouse is power pop. Guv I will especially attest to this, as Cook valiantly adds his own personal mark in perfecting the 2-and-a-half-minute song, using Matthew Sweet, Sloan, Teenage Fanclub, and the legendary Guided by Voices as obvious references points. The sound quality: fuzzy, lo-fi, but never muffled, especially brings to mind the aforementioned White Fence or GbV at their mid ‘90s peak. On Guv II, Cook lets his freak flag fly higher, stretching the Young Guv sound to incorporate yacht rock on “Caught Lookin’,” psychedelic soul on “Forgot to Feel,” and even a straightforward electro/disco banger in “Trying To Decide,” which could be believably cribbed from any one of those dance pop groups who’ve dictated modern rock radio in the past decade (M83 and Empire of the Sun, raise your hands). That the whole project never feels in danger of falling apart is a testament to Cook’s craftsmanship, and the closest sonic comparison that can be made to Young Guv is fellow shapeshifters Ween. Much like Ween did, Young Guv doesn’t give you much to go off in either name or image, preferring ambiguity to immediacy. Don’t let that be a reason to ignore one of the best albums of the year.