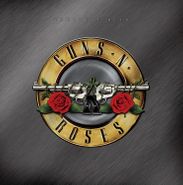 The perfect gift for most rock fans building their record collections is Guns n' Roses' Greatest Hits, now available on 180-gram double vinyl. Packed with sky-rocketing singles from "Welcome To The Jungle" (1987) to the Paul McCartney cover "Live and Let Die" (1991), it's a surefire crowdpleaser. As a bonus, the double set also includes The Skyliners' "Since I Don't Have You" and the Dead Boys' "Ain't It Fun" from GnR's 1993 covers album The Spaghetti Incident, which was the last to feature Slash, Duff McKagan, and Matt Sorum. Turn this one up loud.