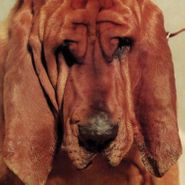 Forever standing on his basement-recording conveyances, Bay Area drummer/guitarist Ty Segall has released enough limited 7” singles and rare splits and associated with enough equally subterranean bands as Sic Alps and Party Fowl to become his own private underground. His self-titled 2008 solo album declared him a live wire on the indie scene this side of Jay Reatard (the lo-fi fuzzed out “The Drag” was the stand-out track), and Segall’s latest is as raw and unpolished and as tense, reckless and distortion heavy as that initial gem—in other words, he can’t stray too far away from whatever that wild hair up his arsenal is dictating.