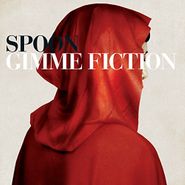 Gimme Fiction is the album that pushed Spoon from cult band to underground heroes. Their rhythmically taut but spare indie-rock got a blood transfusion, and the band began flaunting the sexy, Stonesy strut on tracks like “Sister Jack” they now wear confidently on albums like last year’s excellent They Want My Soul, as frontman Britt Daniels in particular grew into himself. Yet the whispery, jittery nature that made intriguing is still intact, informing the anxious funk of “I Turn My Camera On,” one of the finest distillations of Spoon’s sound. Ten years down the road and Gimme Fiction holds up better than most records of its era. Its legacy is boosted on this special edition with charming home demo versions of its tracks, like a brittle PC take on “Was It You?” and delightful acoustic version of “The Beast and Dragon, Adored” that renders the track Beatlesesque and nearly as strong as its fleshed-out counterpart.