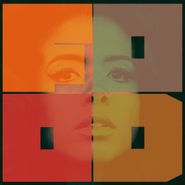 Kelis has always moved to her own beat, even as she’s scored a few leftfield hits. Her newest album is called Food, and about half of its song titles are named after something edible or drinkable. But for all her weirdness, Kelis has been as exploratory as hit-driven throughout her career, and Food is no exception. It relies on the alt-pop and soul sides of her oft-eclectic sound, sacrificing a bit of the edge of previous hits like “Caught Out There” and “Milkshake” as well as the Europop sound she tried on her last album, Flesh Tone, for a more concise, if still diverse sound. “This is the real thing,” she seems to be singing about herself on opener “Breakfast,” which sails on some lush horns and choral backups while Kelis sings directly. TV on the Radio’s Dave Sitek handles production, and whereas previous producers (namely The Neptunes) could have taken credit for some of Kelis’ outré sounds, Sitek focuses on making things sound smooth, adding neat touches like accordion and bongos to “Jerk Ribs’” cool bassline and giving just enough space to keep everything swimming together beautifully. Food thrives both in its more orchestral songs, which are still upbeat, like the glorious “Forever Be,” as well as its more rock-oriented detours, like the Louisiana heat of “Friday Fish Fry.” Occasionally you miss some of Kelis’ previous antics, as she’s always been a better performer than singer, but it’s hard to complain about Food since it’s so damn consistent, and consistently interesting. For an artist who’s never fit in with the mainstream she’s courted—and who seems to have abandoned such pursuits, likely for the better—Food is perhaps the most widely appealing thing she’s ever released.