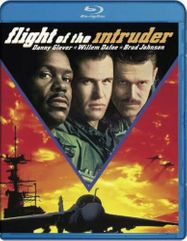 1972: A maverick U.S. pilot (Brad Johnson), frustrated with his meaningless flying missions over Vietnam, teams with a rowdy pal (Willem Dafoe) for a rogue attack on an enemy air base in Hanoi. Convinced government bureaucracy is stifling the military's chances of winning the war, the men risk their reputations-and their lives-to make a risky and deadly point. Danny Glover, Rosanna Arquette co-star in John Milius' brawny military thriller. 114 min. Widescreen (Enhanced); Soundtrack: English.