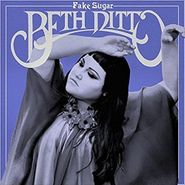 The inimitable Beth Ditto harkens back to her Southern roots on Fake Sugar, her first solo record after The Gossip disbanded. That doesn’t mean Ditto’s mean gone full-on country, though — the queer feminist icon instead taps into gospel, soul, and even a bit of country rock. That these genres influenced the operatic singer’s musical vocabulary is no surprise, of course, to longtime fans, but don’t expect the raucous dancepunk with which The Gossip were synonymous. Nope — Fake Sugar still has that fire and that drive, but Ditto’s definitely doing her own thing and like everything she touches, it’s uniquely hers. Listening to her evolution as a performer on this solo LP is thoroughly enjoyable.