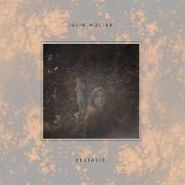 L.A. artist Julia Holter’s Ekstasis delivers brainy bedroom pop that isn’t as concerned with the typical notion of “pop,” shaking you into submission with hooks. It’s actually rather insidious, as Holter’s melodies crawl over one another and beat through your bloodstream. Every listen to Ekstasis produces new footholds to appreciate these songs on a purely guttural level — her lovely, hot-and-cold voice, a rich array of keys and synths a la cohort Ariel Pink, and melodies that you struggle to place in terms of precedence, from Kate Bush-style theatricality (“Marienbad”) to vaguely Asiatic dream-pop (“Our Sorrows,” “In the Same Room”). Even when you think she’ll go easy and deliver a four-minute indie pop song — “In the Same Room” certainly starts in the same realm as any number of 4AD artists — she veers off into a more experimental field — in the case of this song, everything gets deconstructed, sans its one-two beat, where her singsongy melodies suddenly become alien and unsettling. The thought of perhaps deliberately intellectual pop with no easy RIYL artists to pinpoint — Laurie Anderson comes up more in concept, and because of those mechanical “ah ahs” in “Marienbad” definitely are reminiscent of “O Superman” — might scare off some. But stick with it and Ekstasis is a rewardingly rich and detailed listen that ends up as addictive as any number of easier-to-digest artists.