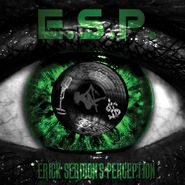 Twenty-seven years in the game, the Green-Eyed Bandit hasn't let the punches come through. Nearly ten years since his last album, E.S.P. (short for Erick Sermon's Perception) is classic, pre-synthesized hip-hop straight from New York. Funky, brassy and borderline cheesy samples smoothly loop over old school flows that give this long-awaited album the smooth, vintage sheen that has been ignored since the days when Wu-Tang's Killa Beez ran the scene. To just give it that perfect veneer, the final touch is throwing in special guests like Redman, Method Man, Mary J. Blige and Too Short. If you're nostalgic for when New York was the prime scene of hip-hop, E.S.P. might convince you again that the east coast is the best coast.