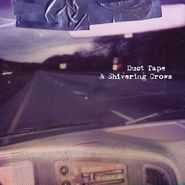 We’ve all had the experience; a favorite act releases a B-sides album packed full of hard-to-find cuts, you bring it home, put it on the record player…and slowly realize there’s a reason all these tracks were “rarities.” Then there are deep cuts collections like Duct Tape & Shivering Crows, the riotous, hard rockin’, and very fun new collection from the late, great, These Arms Are Snakes. It’s a non-stop basement show party as the band charts the genesis of their sound in reverse chronological order, starting with one of their last ever tracks, “Meet Your Mayor,” and finishing off with a demo version of early track “The Blue Rose.” Along the way, you’ll get songs from the band’s split with Russian Circles, covers of Lost Sounds’ “Energy Drink and the Long Walk Home” (originally released on a split 7” with The Coathangers) and a version of Nirvana’s “Heart Shaped Box” from the In Utero, In Tribute comp. There’s a lot of good stuff on here, and it’s refreshing to hear These Arms still sounds as unhinged and exciting as they did back in the day.