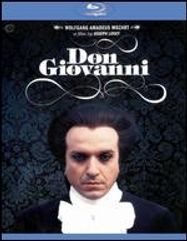 Set in Seville in the 1600s, young nobleman Don Giovanni is a well-known philanderer with a long list of amorous conquest. After he attempts to seduce the beautiful Donna Anna, her father's battle to protect her ends in tragedy. Anna and her fiancé Ottavio pledge to seek revenge. While Don Giovanni continues to charm and trick the local women, his inevitable dramatic fate is soon upon him. Masterful opera stars, incredible costumes, the magnificent setting of a 16th-century mansion and Vincenza's mysterious canals make this film version of Don Giovanni a triumph.