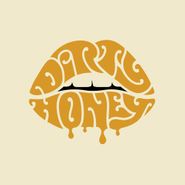 L.A. band Dirty Honey wears their classic rock influences on their sleeves with their self-titled debut album. The opening track,"California Dreamin’," is a blues/rock number with a Black Crowes vibe about the dark side of trying to make it in Hollywood, but Dirty Honey seems to have beaten the odds, earning tons of fans from their self-titled EP and its hit single “When I’m Gone.” The new album sticks to the heavy riffs and soaring, gritty/nasal vocals that seem designed to lure in the Guns n’ Roses and Aerosmith crowd. Singer Marc Labelle and guitarist John Notto definitely have the chops to pull off that sound.