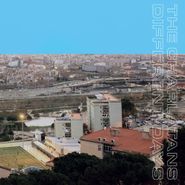 With the untimely death of drummer Jon Brookes in 2013, The Charlatans have gone through a bit of a change. Replacing him with The Verve drummer Pete Salisbury, the vibe and style of the band changed. To continue that fresh energy of spontaneous and new ideas, Different Days recruits a list of who's who in pop and rock. Legendary guitarist Johnny Marr, The Jam's Paul Weller, Stephen Morris of New Order, Kurt Wagner of Lambchop and even crime writer Ian Wagner bring their own unique styles into this subdued and melancholy album. "Plastic Machinery" features the instantly recognizable guitar styling of Marr which colors this track with an '80s indie sound. It's catchy and nostalgic without sounding like an awkward misstep or a lazy throwback. The biggest contribution might come from Stephen Morris who programs drums for nearly half of the album, adding a modern (for 1984) sound that's distinctly reminiscent of the golden era of New Order. The Charlatans have done so much in the thirty years they've been around and it's nice to know the Manchester group has still got it. It feels like your ears are getting a visit from an old friend.