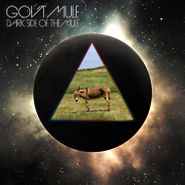 Back in 2008, Gov’t Mule played an epic three-hour gig at Boston’s Orpheum Theatre on Halloween night. That night the jam band performed a setlist comprised entirely of Pink Floyd covers. Not that it is surprising that Warren Haynes and his cronies would do a tip of the hat to Floyd per se, but to set up archival releases showcasing those efforts? A whole new thing. As the first entry in a newly launched archival campaign, Gov’t Mule is releasing Dark Side of the Mule, the full show from 2008 in Boston, wonderfully mixed and mastered to capture the band's essence. It will be released on CD, as well as a deluxe three-CD/DVD combo and as a double-vinyl edition. These archival releases aim to highlight the band's evolution as well as a catalog of their influences. And with nearly 300 songs in their live repertoire alone, you can be sure there is a lot more where that came from.