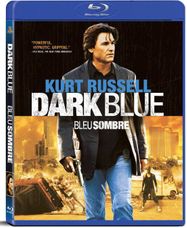 From the writer of Training Day comes this "terrific corrupt-cop drama" (Entertainment Weekly) set in the days leading up to the L.A. riots. Starring Kurt Russell (Escape From New York) and an acclaimed ensemble cast, this gritty police thriller "keeps you on the edge of your seat with white-knuckle suspense" (The New York Observer). Adrenaline is high, tempers are hot, and racial tensions are boiling over. Against this explosive backdrop, LAPD detective Eldon Perry tutors his rookie partner in the realities of police intimidation and corruption as they investigate a high-profile homicide case. But as the body count rises - and the evidence just doesn't add up - Assistant Chief Arthur Holland threatens to end Perry's brand of "justice" ...if Perry's own demons don't destroy him first.