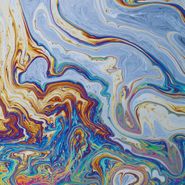 Sam Shepard, aka Floating Points, has never been one to stay stagnant since he began releasing his music at the start of the decade. The sound of Floating Points has constantly changed and progressed from album to album; from the spacey house of his early work to the ambient synth arpeggios of his breakthrough Elaenia, to even an incorporation of post rock on Reflections – Mojave Desert. So if you expect Crush to sound like any of the above, you’d be mistaken. Instead, Crush melds the hypnotic pulse of deep house music with the skittering rhythms of garage and jungle, with healthy doses of analogue synth on top. Just as Shepard is able to evolve his sound for each new release, he is able to adapt this new formula to create a dynamic and varied record, approaching each individual track as a different permutation of this new identity. A track like “Anasickmodular” sounds significantly distinct from “LesApex,” yet they both pull from the same musical pieces. Crush is a masterpiece in craftsmanship, making a specific mood sound infinite in possibility.