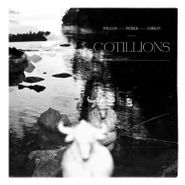 For his second solo album as William Patrick Corgan, the Smashing Pumpkins frontman directs his talents toward country music, with the help of Nashville session players. It's an unexpected turn, but it works better than fans might think, with ballads that invoke some of the sensitivity of his Mellon Collie days. The tone of the album is lighter than his usual fare, despite plenty of hard-life imagery - “Hard Times” floats on its steel guitar in a moody, but pretty fashion. “Neptulius” is particularly strong and not necessarily country: it's gentle and evocative with a melody reinforced by light but emphatically strummed chords.