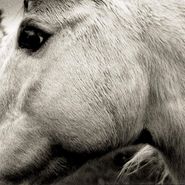 The trio of Anaïs Mitchell, Eric D. Johnson and Josh Kaufman weaves some real magic on their self-titled debut outing as Bonny Light Horseman. The band reinterprets traditional songs from the British Isles, looks forward to the “future” via a Napoleonic Wars ballad and brings ancient folk stylings to newly-penned tracks featuring collaborators such as Bon Iver’s Justin Vernon and The National’s Aaron Dessner. The songs are homespun and yearning, haunting and melancholy. Every so often there’s a more upbeat, almost gospel-tinged number or rootsy backwoods jammer. It’s an eclectic mix, but one that flows together effortlessly. Some albums just nourish the soul: this is one of them.