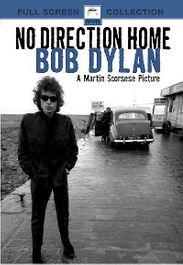 He is one of the most influential, inspiring and ground-breaking musicians of our time. Now, Academy Award®-nominated director Martin Scorsese (Goodfellas, 1990) brings us the extraordinary story of Bob Dylan's journey from roots in Minnesota, to his early days in the coffee houses of Greenwich Village, to his tumultuous ascent to pop stardom in 1966. Joan Baez, Allen Ginsberg and others share their thoughts and feelings about the young singer who would change popular music forever. With never-before-seen footage, exclusive interviews, and rare concert performances, it's the definitive portrait fans the world over have been anticipating for decades; the untold story of a living American legend.